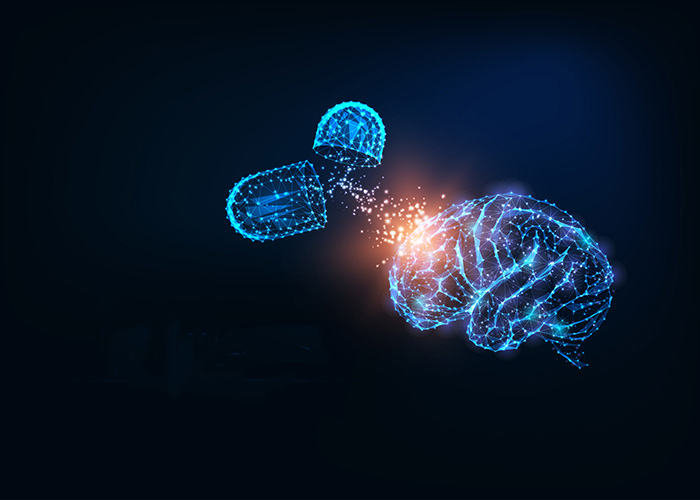 Alzheimer’s researchers, including those at the University of Kansas Alzheimer’s Disease Research Center, are cautiously optimistic about the early results of a drug announced earlier this week by drugmaker Biogen and its partner, Eisai.

Lecanemab has shown promising results in slowing Alzheimer’s in its early stages, according to documents released by the drug companies earlier this week. Jeffrey Burns, M.D., co-director of the KU Alzheimer’s Disease Research Center (KU ADRC), is hopeful and excited, but cautious.

“This is a different drug than the one that was approved last year (aduhelm). It is in the same class and works the same way,” Burns said, noting that both are monoclonal antibodies that target amyloid and both are delivered through infusion. Aduhelm was a point of controversy last year as it was relatively quickly approved by the Food and Drug Administration (FDA), despite studies showing mixed results.

Burns points out that this latest drug, lecanemab, appears to slow disease progression in early stages of the disease. The drugmaker said early results showed that lecanemab reduced patient clinical decline by 27% when compared to a placebo after 18 months.

The results are not yet published in a peer-reviewed journal but were part of a company announcement of preliminary data.

“These are very promising early results,” Burns said. “But it is not a cure. It does seem to have modest slowing of the disease in a way we haven’t seen with other drugs.”

A statement from the national Alzheimer’s Association underlined the importance of the preliminary data. “These are the most encouraging results in clinical trials treating the underlying causes of Alzheimer’s to date. These results indicate lecanemab may give people more time at or near their full abilities to participate in daily life, remain independent and make future health care decisions.”

Researchers at the KU ADRC are testing lecanemab, and Burns notes that additional studies are likely to continue. The drug companies have said they plan to publish and present additional data, likely asking the FDA to approve the drug by March of 2023.

“I’m hopeful that this drug may be approved for use in patients with very early Alzheimer’s and mild cognitive impairment by next year. At that time. we will have more answers around costs, potential dosage and eligibility.” Burns said. “We need as many tools to slow the disease as possible.”

We use cookies to analyze our traffic & provide social media features. Visit the KU Medical Center Privacy Statement for more information. By closing this window & browsing this site, you agree to our use of cookies.